This podcast was such a special experience and one I will forever remember.

The first ever guest has been a huge influence in my life and one of the most loving souls one will ever meet. All that I am or ever hope to be, I owe to Momma-T. 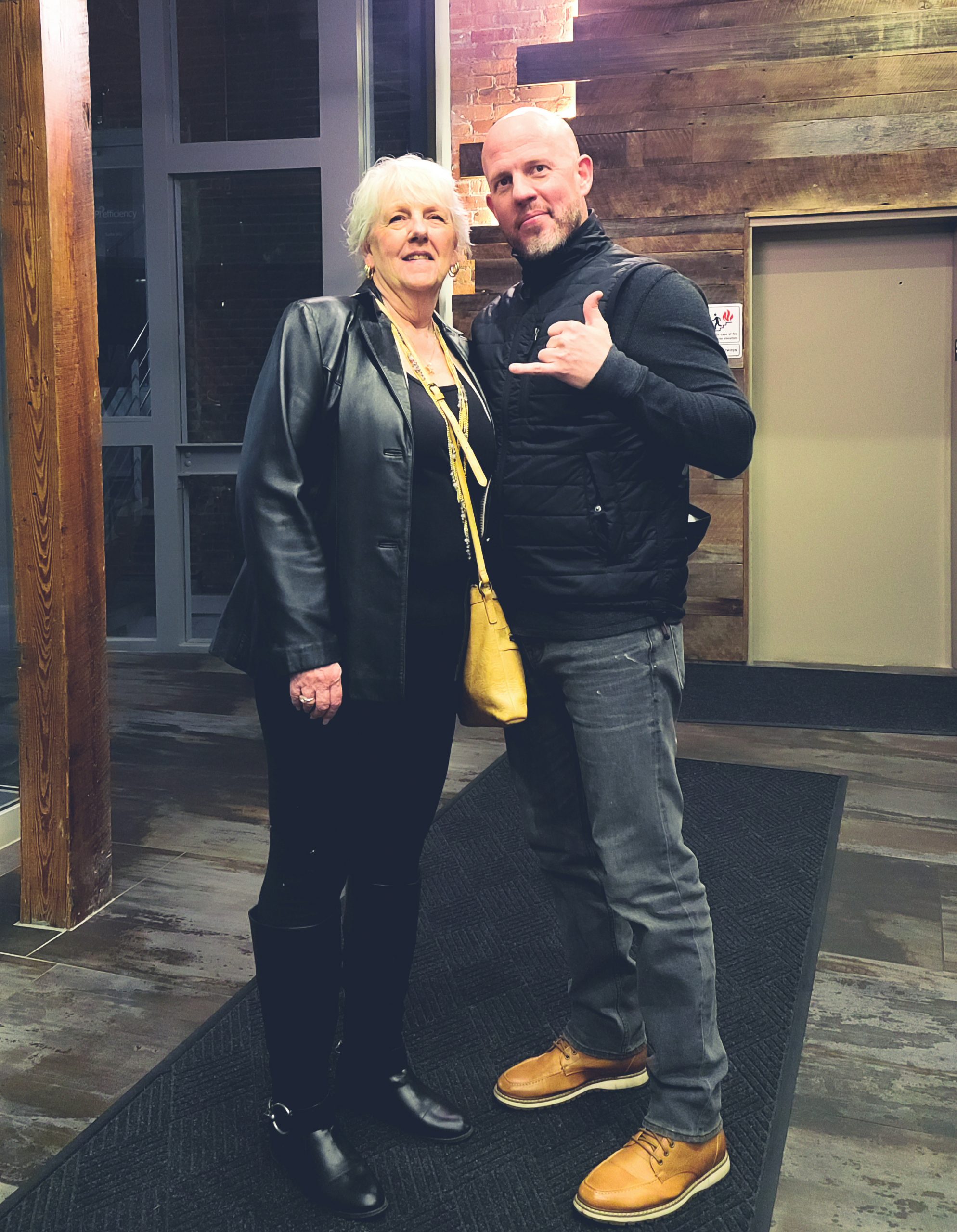 She is a beautiful woman, loving mother, great friend, instinctive philosopher, and one of the coolest people I’ve ever met.

We talk education, growing up in 60’s, raising children and grandchildren and a few other fun topics.

The episode is rough around the edges, has a few errors, and we recorded in two takes due to technical errors.

Find your passion, they say. As if it were easy.

As if, just by looking around the place, you might stumble into what you love – a glimmering spark hidden, just out of sight, until that very moment.

Consequently, it doesn’t work that way, psychologists say in a new paper examining the basis of people’s interests. And while people might mean well when they tell you to ‘find your passion’, the advice isn’t just a cliché, the researchers explain. It’s bad advice.

Because belief in the notion that passion is something that’s ‘fixed’ – ie. pre-formed and perfectly complete – can hinder people’s abilities to nurture their own budding interests into full-fledged passions.

“The message to find your passion is generally offered with good intentions, to convey: Do not worry so much about talent, do not bow to pressure for status or money, just find what is meaningful and interesting to you,” the researchers, led by psychologist Paul O’Keefe from Yale-NUS College in Singapore, write in their paper.

“Unfortunately, the belief system this message may engender can undermine the very development of people’s interests.”

In the new study, O’Keefe, together with colleagues from Stanford University, conducted a series of experiments with students to examine the extent to which personal interests are fixed (fixed theory) or developed (growth theory).

In one experiment, students were categorized according to their interests, either as being into STEM topics or into arts and humanities.

The more the students subscribed to a fixed view of their existing interests, the less they were able to enjoy reading an article from outside their interest, the researchers found.

In another experiment, students watched an engrossing video about astronomy and astrophysics – but when made to read a technical scientific paper on the same phenomena, their interest levels waned. However, it waned the most for students who viewed their interests as fixed, as opposed to open and capable of development.

In terms of education and bettering yourself in an interdisciplinary world, the benefits of the growth mindset outweigh the alternative, the researchers argue.

“Many advances in sciences and business happen when people bring different fields together, when people see novel connections between fields that maybe hadn’t been seen before,” says psychologist Gregory Walton from Stanford University.

“If you are overly narrow and committed to one area, that could prevent you from developing interests and expertise that you need to do that bridging work.”

Because of this, the team says we should tell people to develop their passions, not to try and just find them – and even though they’re only words, it’s an important difference in meaning, between something that’s an active process, not just passive.

“We need to carefully consider what we communicate to people about interests and passions,” O’Keefe explained to Quartz.

In this podcast, we table the big P’s of 2020: prevalent protests, politics and pandemics.

First, we dive into creative destruction. What exactly is it? Secondly, we see how creative destruction has and will impact life as we know it, specifically the education industry. Finally, we touch base on what this means for parents, students and anyone else impacted by the pandemic moving forward.

The episode is raw, has a few errors, and was recorded in one take.  Listening time: 25 minutes long.

If there’s an algorithm for Innovation, it must begin with two key components, Curiosity & Creativity.

These two words lie at the very foundation of every true innovative process. If great minds like Newton, Einstein, Beethoven, Shakespeare, Leonardo da Vinci have anything in common, it would be these two qualities: Curiosity and Creativity. But let’s back it up and try to define these three words: Creativity, Curiosity, and Innovation algorithm.

Creativity is the innate ability to use one’s imagination to bring an original idea to life. It can also be the use of original ideas to invent something; it can indicate a flash of insight otherwise known as the “Eureka” or “Light Bulb” moment. A good example of Creativity is Sir Issac Newton’s flash of genius as an apple fell while he under the apple tree. This event sparked a moment of creative brilliance that inspired Newton to develop the theories of Gravitation. Creativity would ensure that one can connect with the original ideas and convert them into material that can energize innovation.

On the other hand, how can Curiosity be defined?

Curiosity is a passionate desire to discover and to know. Curiosity is a subtle quality of great that mostly goes unnoticed. It doesn’t seem to garner as much acclaim as it deserves which is also makes it difficult for those who embrace Creativity without it to produce anything meaningful that truly impacts and changes the world. Curiosity has proven to be a precursor to Creativity time and again. One very notable example of Curiosity is the Ford Model T designed and developed by American inventor Henry Ford.

Ford is known to have made a quote which goes thus: “If I had asked them what they wanted; they would have said faster horses”. Henry Ford was curious about what other forms of transportation existed beyond the horses and the carts. This pushed him into a creative zone that was hitherto unexplored simply because of sheer curiosity. This curiosity made him into one of the greatest inventors America has ever had. His curiosity made the Ford Model T to be named in 1999 as the most influential car of the 20th century at the Car of the Century competition. By now, it is must be clearer how critical the qualities of creativity and curiosity are to the Innovation algorithm. So, what’s the Innovation algorithm?

It is a set of creative processes that work together to convert a problem into a solution. In 1485, Italian polymath Leonardo da Vinci conceived and mapped out plans and designs for a ornithopter (a device intended to fly through aid of human power). Leonardo saw a transportation problem that carts and horses could not solve and he got curious. He was known to be obsessed with flight so much so that he would buy birds in the market and set them free. He was always curious about how birds took flight, the position of their heads and wings, the settings of their tail wings, the shape of their bodies while in flight and so forth. This made him think of transportation in ways that were out of the conventional transportation of his day. It was never really known if Leonardo’s ornithopter worked.

Four centuries down the line, transportation by air would become a major issue especially in the military sector. In 1903, two brothers named Wilbur and Orville Wright made four flights at Kitty Hawk, North Carolina. And they had successfully invented the first airplane. Was this a coincidence? Absolutely not! There is a link in creative processes. The innovative algorithm that solved the problem of human flight began in the 15th century in Italy in the curious mind of the Italian maestro, Leonardo da Vinci. And this curiosity birthed creative processes in inventors like the Montgolfier brothers -who developed the hot air balloon flight in 1783- and George Cayley in 1843 who published the biplane design until the Wright brothers came along.

It is safe to assert that Curiosity and Creativity exists in a loop or some sort of continuum that keeps the core process of Innovation alive. When there is a problem, curiosity must be engaged. We must ask “Why” like Henry Ford did. “Why” is the article of curiosity. When we ask why, it becomes clear how our imaginations must work to solve the problem at hand. Einstein is noted for saying: “We can not solve our problems with the same level of thinking that created them”. Until curiosity is engaged and why is known, we cannot change our level of thinking.

Without changing the level of thinking, problems are never solved; they are simply recycled. As we become more curious about the ways to deal with problems, we become more creative in thinking of ways to solve the problem and the result is innovation that blows the world away.

Do you want your Innovation to blow the world away?

Did you know Leonardo was an illegitimate child born during what scholars have called a ‘Golden Age’ for Bastards?

How did he fuel his curiosity? This was a man who believed ‘learning never exhausts the mind.’ That is to say he was always learning.

His early years were spent living on his father’s family estate in Vinci. During this period of his life, he was also influenced by his uncle, who had a love of nature and had a hand in rearing him during his formative years.

He had a very short formal schooling, he was largely an autodidact. He was hugely curious and gained inspiration from both nature and the world surrounding him. To paint persons as accurately as possible, he performed anatomical studies that also helped him to understand some of the mechanics behind many of his machines. da Vinci was never satisfied to look at something from one single angle. He turned and rotated, disassembled and dissected to get the utmost understanding of the problems he was wrestling with.

Here’s a 12 minute podcast on Leonardo and his endless curiosity.

“I have never let my schooling interfere with my education.” Did Mark Twain actually say that? Maybe. Either way this

Feeling overwhelmed with what is happening nowadays? Same here.

As a result, here’s a 60 second, homemade, music video made a few years ago inspire some positive vibes.

Shot on location in San Diego, CA back in 2014 for ill-prepared, unsuccessful Indiegogo Campaign.

After that, play it again. It’s only a min long. 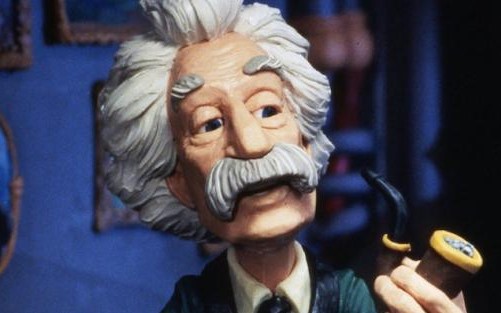 “I have never let my schooling interfere with my education.”

Did Mark Twain actually say that? Maybe. Either way this sentiment resonates with new strength now. Especially with schools closed all over the world to help stop the spread of coronavirus.

For many, the isolation (self-imposed or otherwise) represents an opportunity. To rediscover the value of education: not the kind directed by an institution, but the kind that runs on one’s own steam.

Podcast Episode 001 NOW available!! Did you know Leonardo was an illegitimate child born during what scholars have called a